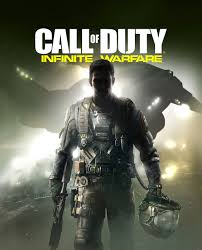 Uploaded: 06.04.2020
Content: text 17 symbols
Loyalty discount! If the total amount of your purchases from the seller mrakk more than:
If you want to know your discount rate, please provide your email:

mrakk information about the seller and his items
offlineAsk a question

KEY FROM Call of Duty: Infinite Warfare DISPLAYED IN THE WINDOW OF BROWSER AND COME ON YOUR E-MAIL AUTOMATICALLY AFTER PAYMENT !!!

Activation: Steam
Region: Only for countries of the European Union! In Russia, Ukraine and CIS countries - will not work.
Localization: Russian, English, French, German, Italian
Released: November 4, 2016
Game description:
Call of Duty returns to its origins in order to tell an unprecedented scale the classic story of the grandiose battle of two armies. A realistic military drama awaits you in fantastic scenery - in the future, where the conflict between people went far beyond the planet.

Story campaign, competitive multiplayer and fascinating zombie mode - Infinite Warfare offers fans everything they expect from the new release of Call of Duty.

In the competitive network mode Call of Duty: Infinite Warfare every second counts, because the outcome of the whole battle can depend on it. Breathtaking landscapes of other planets, futuristic weapons, new abilities of heroes and key changes in the gameplay - all this makes the multiplayer Infinite Warfare completely unique.

In addition, Call of Duty: Infinite Warfare offers the famous zombie mode for joint passage. Collect friends and go to meet a new adventure, not for the faint of heart!

Instructions for activation key in Steam:

Call of Duty 5: World at War REGION FREE (not for STEAM